SUP YO was founded by Jana Olenio, yoga instructor, travel agent and NH native, and was created from pure passion for nature and outdoor adventure. SUP YO was originally formed in 2011 as a paddleboard yoga company that over time evolved into many other outdoor adventure offerings from day hikes to weeklong worldwide adventure trips. 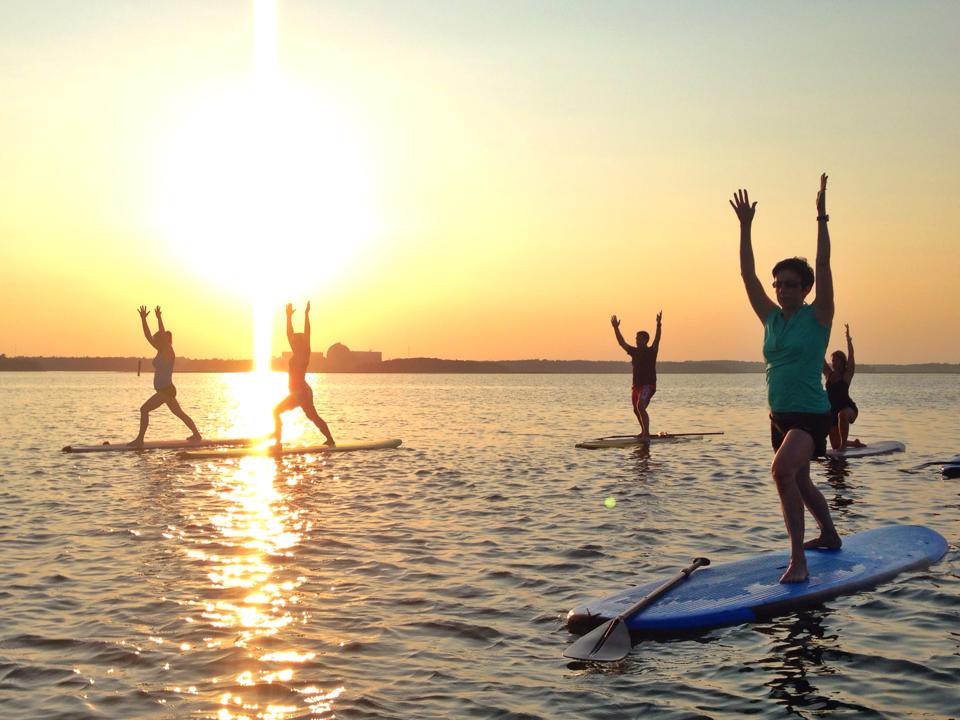 Yoga Not Enough Of A Challenge? Try It On A Paddleboard – as seen on NPR

Surf’s up, boards out. It’s still summer, and there’s still time to get out on the water. On the New Hampshire seacoast, paddleboard yoga is an up-and-coming summer sport.

It was 6:30 on a recent Tuesday night. Seabrook Harbor at sunset. Motorcycles on the strip, planes overhead, and a crew of women, doing yoga on paddleboards. I was one of them, out on the water in downward dog, bobbing in the waves.

I had met a surfer yogi who told me I had to try it. Karen Fraser is a stand up paddleboarder – SUP for short – and a yoga teacher who runs classes out of a surf shop in North Hampton.

The class in Seabrook was led by Jana Olenio. She’s the founder of “SUP Yo,” a traveling yoga studio. And how SUP Yoga got here, to a harbor in New Hampshire, is a story in itself.

Olenio is an Atkinson native, and a paddleboard yoga pioneer on the New Hampshire seacoast. She discovered it in 2011, when her brother brought a paddleboard home.

“He said, I bet you could do yoga on that thing. I’m like, ‘what a good idea.’ So I took it back out, tried some poses, and immediately was obsessed.”

She took a road trip down the California coast, where she discovered that it was an organized sport with classes and certifications.

Could something that screams California make it on the east coast? Olenio bet on it. She got her SUP yoga teacher training out in California, and brought it back east in 2012. And in the past four years, she’s seen it go mainstream.

Olenio and her team of five are building a SUP Yoga empire along the New England seacoast. This summer, they’re driving a van full of paddleboards to seven locations, from Rye and Seabrook, down to Boston Harbor and Hingham, Massachusetts. She has some loyal students that follow her.

Back in Seabrook, Stacey Piwinski was here for her third SUP yoga class.

“Well, I love yoga, and I love the ocean and being by the water, and it just combines the two. There’s also the added challenge of trying not to fall in.”

And here’s her main tip for first-timers like me:

“So I felt like you had to make your stances wider than normal so that you get better balance.”

Out on the water, we anchored in a drifting semicircle facing Olenio. We started in “tabletop,” on our hands and knees with cat-and-cow spine warmups, and I have to admit – I was struggling on that board.

I took a wide stance. I breathed a little deeper. I went with the flow, through Warrior, Triangle, Tree, and Wheel.

I would be sore for days.

But at the end of class, we floated on the harbor in Savasana – full resting pose – with a painted sunset sky, a fresh ocean breeze, lulled by the waves – and it was totally magical.

Finding Your Core With Stand U...

Winter Essentials: Everything You Need to Plan Your Next Cold-Weather Adventure Outside 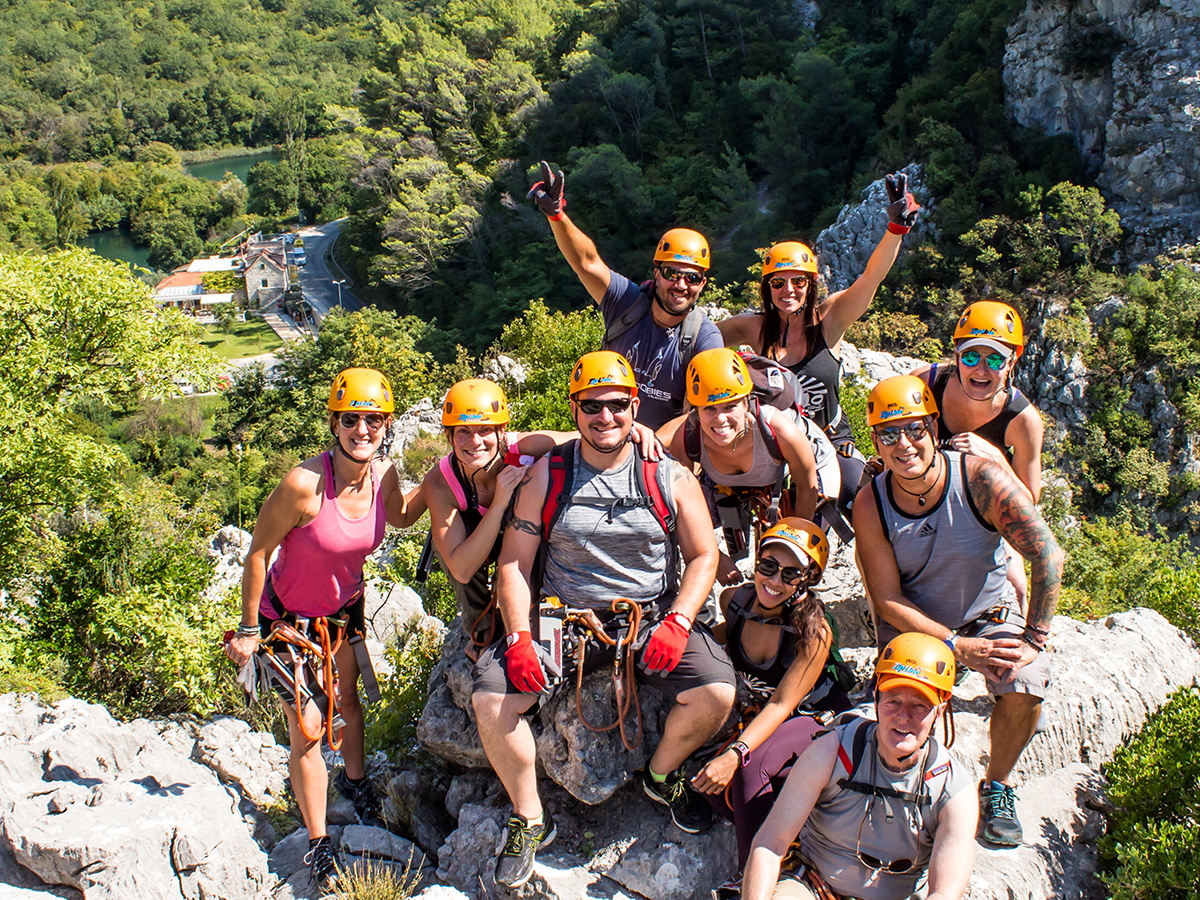 4 Reasons to Explore Outside With SUP YO Adventures

Your vibe attracts your tribe 💛

Is visiting Croatia on your wish list?✨ How abou

This famous quote by Mary Oliver is a call to acti

“Yoga is the journey of the self, through the se

We are so thankful for all the women that came tog

Our Winter in New England SNOWGA Retreat is off to